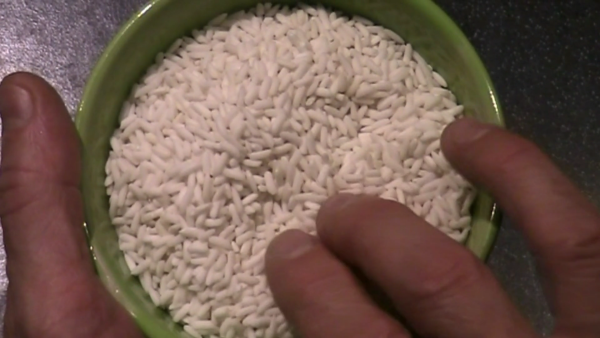 Glutinous rice, commonly referred to as sticky rice, sweet rice, or waxy rice, is a type of rice grown mainly in Southeast and East Asia, which has opaque grains, very low amylose content, and is especially sticky when cooked. It is called glutinous in the sense of being glue-like or sticky, and not in the sense of containing gluten.