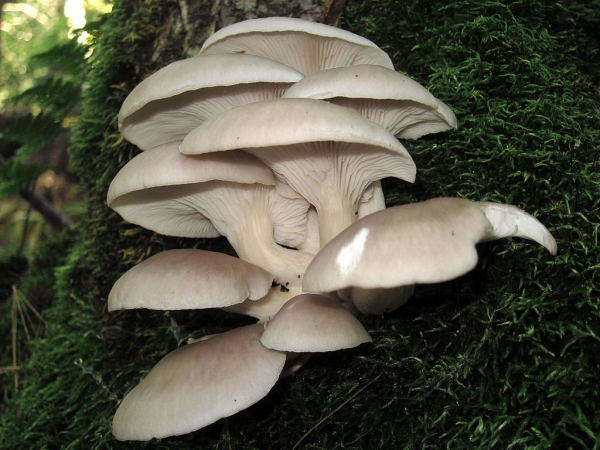 The oyster mushroom is frequently used in Japanese, Korean and Chinese cookery as a delicacy. It is frequently served on its own, in soups, stuffed, or in stir-fry recipes with soy sauce. Oyster mushrooms are sometimes made into a sauce, used in Asian cooking, which is similar to oyster sauce. The mushroom's taste has been described as mild with a slight odor similar to anise. The oyster mushroom is best when picked young; as the mushroom ages, the flesh becomes tough and the flavor becomes acrid and unpleasant.

Oyster mushrooms are also used in the Czech and Slovak contemporary cuisine in soups and stews as a replacement for meat.