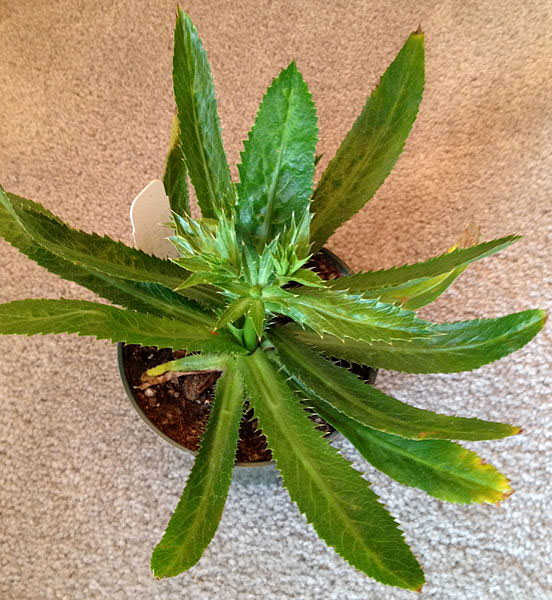 Culantro, known as Phak chi farang in Thailand, is an herb often seen in spicy soups and Northern Thai curries. It literally means "European coriander", perhaps because it was brought from the Caribbean to Thailand by Europeans. It is a tropical perennial and annual herb in the family Apiaceae. It is native to Mexico and South America, but is now cultivated worldwide. In the United States, where it is not well known, the name culantro sometimes causes confusion with Coriander, the leaves of which are known as cilantro, and which culantro is said to taste like, though most people think it has a much stronger taste.