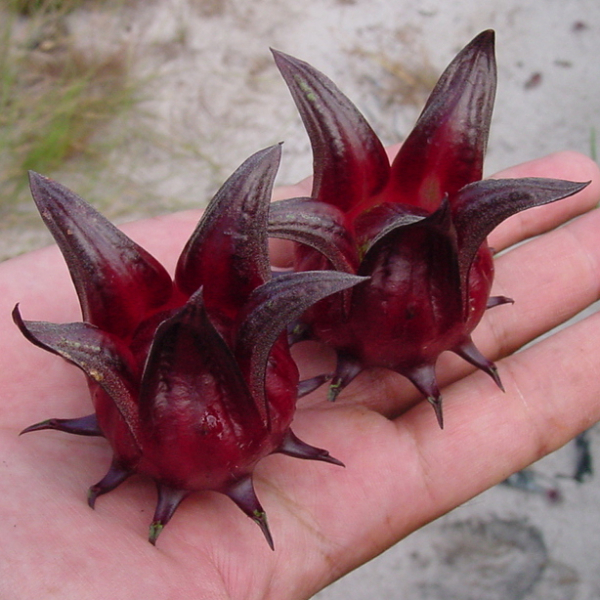 The flower of the Roselle is widely known around the world. In the Caribbean, sorrel drink is made from sepals of the roselle. In Mexico, 'agua de Flor de Jamaica' (water flavored with roselle) frequently called "agua de Jamaica" is most often homemade. It is prepared by boiling dried sepals and calyces of the sorrel/flower of Jamaica plant in water for 8 to 10 minutes (or until the water turns red), then adding sugar. It is often served chilled. This is also done in Saint Kitts and Nevis, Guyana, Antigua, Barbados, St. Lucia, Dominica, Grenada, Jamaica and Trinidad and Tobago where it is called 'sorrel'. (In Jamaica, it was introduced by Akan slaves in the late 1600s.) The drink is one of several inexpensive beverages (aguas frescas) commonly consumed in Mexico and Central America; they are typically made from fresh fruits, juices or extracts. Something similar is done in Jamaica but flavor is added by brewing the tea with ginger and adding rum, making a popular drink at Christmas time. It is also very popular in Trinidad and Tobago where cinnamon, cloves and bay leaves are preferred to ginger.