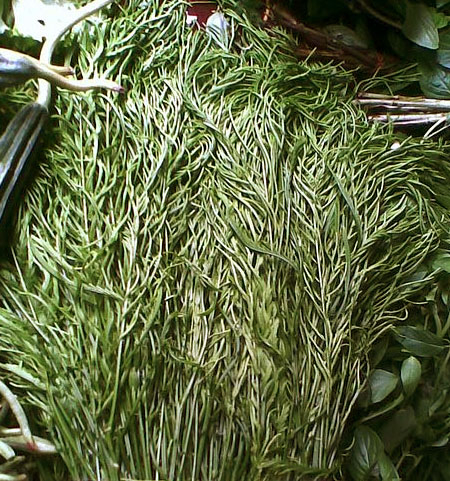 In Thailand the feathery shoots of Acacia pennata (Cha Om) are used in soups, curries, omelets, and stir-fries. The edible shoots are picked up before they become tough and thorny.

In Northern Thai cuisine Cha-om is also eaten raw with Thai salads such as Tam Mamuang (mango salad), and it is one of the ingredients of the Kaeng khae curry. In Central Thailand and Isan it is usually boiled or fried. Cha-om omelet pieces are one of the usual ingredients of Nam phrik pla thu and commonly used in Kaeng som, a sour Thai curry.