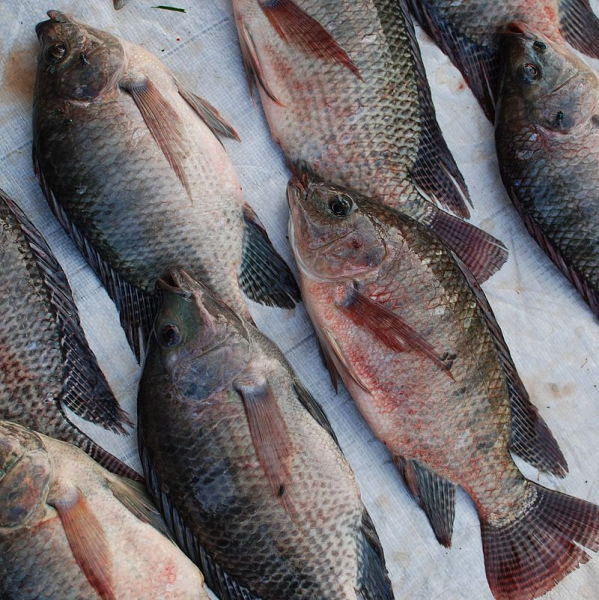 The Nile tilapia is a species of fish native to Africa, from Egypt south to East and Central Africa, and as far west as Gambia. It is also native to Israel, and numerous introduced populations exist outside its natural range.

The red-hybrid Nile tilapia is known in the Thai language as pla thapthim (Thai: ปลาทับทิม), meaning "pomegranate fish" or "ruby fish". This type of tilapia is very popular in Thai cuisine where it is prepared in a variety of ways.

The black and white striped tilapia pla nin (Thai: ปลานิล), meaning "black fish" and named after the Nile, is commonly either salted and grilled or deep-fried, and it can also be steamed with lime (pla nin nueng manao).