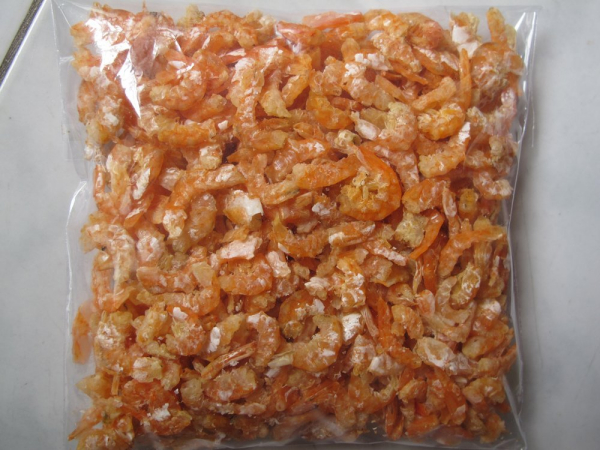 Dried shrimp are shrimp that have been sun-dried and shrunk to a thumbnail size. They are used in many Asian cuisines, imparting a unique umami taste. A handful of shrimp is generally used for dishes. The flavors of this ingredient are released when allowed to simmer. Known as kung haeng (Thai: กุ้งแห้ง) in Thai cuisine, dried shrimp is used extensively with chilies and Thai herbs to produce various types of chili paste and Thai curry paste. Dried shrimp is also used in salads such as in the Northeastern Thai som tam (green papaya salad).