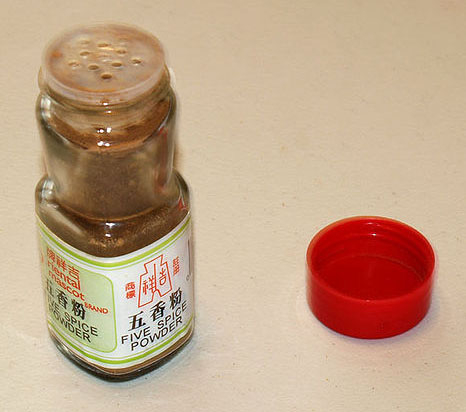 The Chinese five-spice powder is used mainly in Thai-Chinese dishes such as mu phalo (pork stewed in soy sauce).

The formulae are based on the Chinese philosophy of balancing the yin and yang in food. There are many variants. The most common is bajiao (star anise), cloves, cinnamon, huajiao (Sichuan pepper) and ground fennel seeds. Instead of true cinnamon, "Chinese cinnamon" (also known as rougui, the ground bark of the cassia tree, a close relative of true cinnamon which is often sold as cinnamon), may be used. The spices need not be used in equal quantities.