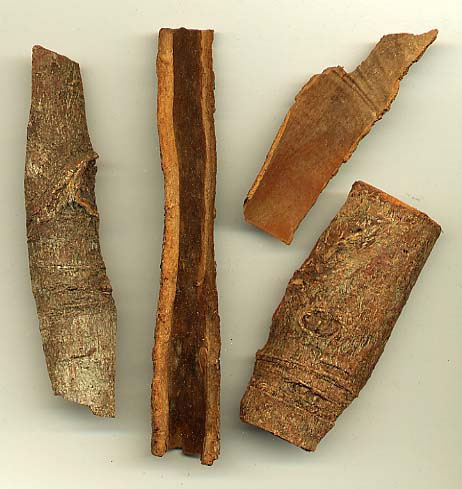 Cassia cinnamon, or Opchoei, is used in certain Thai meat dishes, most notably in Matsaman curry.

Cinnamomum cassia, called cassia or Chinese cinnamon, is an evergreen tree native to southern China, Bangladesh, Uganda, India, and Vietnam. Like its close relative Cinnamomum verum, known as "Ceylon cinnamon", it is used primarily for its aromatic bark, which is used as a spice. In the United States of America, cassia is often sold under the culinary name of "cinnamon". The buds are also used as a spice, especially in India.